Last night the Auckland Branch of National Council of Women NZ (NCW) hosted their annual Speech competition for Year 12 &1 3 students. After having to cancel last year’s event, the NCW wāhine were prepared for an unexpected lockdown to occur and made sure that the event was all set up to run via Zoom. This year’s special guest judges were Green MP Chlöe Swarbrick, 4ThaKulture member Aigagalefili Fepulea'i Tapua'i and Professor Ella Henry. Y Auckland came to the party as sponsors of the 2nd place prize.

What an event. The theme was set as: "The greatest threat to our planet is thinking someone else will save it ~ Robert Swan. What will you do?". Ten young wāhine toa from all over Tāmaki rose to the occasion. Their speeches ranged from diet culture to Indigenous world views to gender bias - all of them were just as inspiring and hope driven as the next.

Sala Agalava a Year 12 wāhine from McAuley High School claimed first prize with her speech that incorporated storytelling to discuss the Intersection of racism and sexism within and outside of Pasifika cultures. Her speech challenged the classic ‘ boys will be boys’ narrative that we are all too familiar with. Acknowledging the intergenerational trauma women of colour carry on their backs while navigating colonial spaces at every age. An incredibly powerful speech that is beyond her years but another prime example of how multifaceted young wāhine toa in Aotearoa are and how active they are about today’s issues. Sala finished her speech with a Māori proverb; “He aha te mea nui o te ao. He tangata, he tangata, he tangata.” What is the most important thing in the world? It is the people, it is the people, it is the people.

In second place, winning the prize YWCA sponsored, was Peleina Pulotu McCarthy. Her speech was equally as impressive, speaking on the climate crisis. She spoke passionately about what’s happening in the Pacific and how Kiribati was once known as one of the most productive small-scale commercial fisheries in the Pacific Islands. But now because of climate change, you only see headlines about Kiribati sinking due to sea levels rising. She referenced the wild fires happening in Greece right now and the increase in natural disasters all around the world and how these are the consequences of people recklessly hurting our planet for our own benefit. She finished with the theme that we need to talk about it and not fear it, that this is the first step to fighting it – and if we don’t, then humans as a race are wasted potential. Once again, a kōrero from a wāhine that is well beyond her years.

All up the event was a huge success and I truly think the 60+ zoom attendees would have taken at least one learning from these young wāhine toa. For me as a young wāhine, I always think I know what to expect from younger wāhine, especially when they are speaking on topics I am quite passionate about, but every time they blow me away. Not just with their knowledge at such a young age or their confidence to speak on a platform in front of people older than them, but also with the hope that they carry while moving into some of the toughest challenges this world has ever encountered. It’s something all of us adults need to respect and remember.

What if luck is really courage? 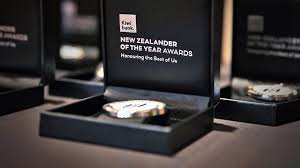 So how can organisations increase genuine inclusion of trans people?